UI, UX: Who Does What? A Designer’s Guide To The Tech Industry

Design is a rather broad and vague term. When someone says “I’m a designer,” it is not immediately clear what they actually do day to day. There are a number of different responsibilities encompassed by the umbrella term designer.

Design-related roles exist in a range of areas from industrial design (cars, furniture) to print (magazines, other publications) to tech (websites, mobile apps). With the relatively recent influx of tech companies focused on creating interfaces for screens, many new design roles have emerged. Job titles like UX or UI designer are confusing to the uninitiated and unfamiliar even to designers who come from other industries.

Let’s attempt to distill what each of these titles really mean within the context of the tech industry.

UX designers are primarily concerned with how the product feels. A given design problem has no single right answer. UX designers explore many different approaches to solving a specific user problem. The broad responsibility of a UX designer is to ensure that the product logically flows from one step to the next. One way that a UX designer might do this is by conducting in-person user tests to observe one’s behavior. By identifying verbal and non-verbal stumbling blocks, they refine and iterate to create the “best” user experience. An example project is creating a delightful onboarding flow for a new user. 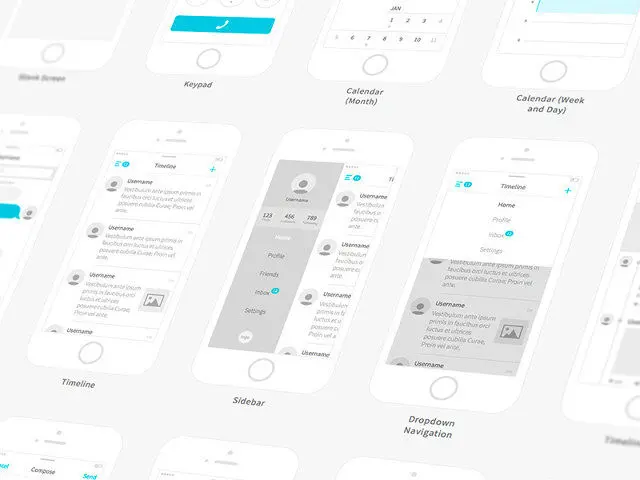 You might hear them say this in the wild: “We should show users the ‘Thank You’ page once they have finished signing up.”

Unlike UX designers who are concerned with the overall feel of the product, user interface designers are particular about how the product is laid out. They are in charge of designing each screen or page with which a user interacts and ensuring that the UI visually communicates the path that a UX designer has laid out. For example, a UI designer creating an analytics dashboard might front load the most important content at the top, or decide whether a slider or a control knob makes the most intuitive sense to adjust a graph. UI designers are also typically responsible for creating a cohesive style guide and ensuring that a consistent design language is applied across the product. Maintaining consistency in visual elements and defining behavior such as how to display error or warning states fall under the purview of a UI designer

The boundary between UI and UX designers is fairly blurred and it is not uncommon for companies to opt to combine these roles.

You might hear them say this in the wild: “The login and sign up links should be moved to the top right corner.”

A visual designer is the one who pushes pixels. If you ask a non-designer what a designer does, this is probably what comes to mind first. Visual designers are not concerned with how screens link to each other, nor how someone interacts with the product. Instead, their focus is on crafting beautiful icons, controls, and visual elements and making use of suitable typography. Visual designers sweat the small details that others overlook and frequently operate at the 4X to 8X zoom level in Photoshop.

“Produce high-quality visual designs–from concept to execution, including those for desktop, web, and mobile devices at a variety of resolutions (icons, graphics, and marketing materials). Create and iterate on assets that reflect a brand, enforce a language, and inject beauty and life into a product.”

It is also fairly common for UI designers to pull double duty and create the final pixel perfect assets. Some companies choose not to have a separate visual designer role.

Tools of the trade: Photoshop, Sketch

You might hear them say this in the wild: “The kerning is off and the button should be 1 pixel to the left!”

Remember the subtle bouncing animation when you pull to refresh in the Mail app on your iPhone? That’s the work of a motion designer. Unlike visual designers who usually deal with static assets, motion designers create animation inside an app. They deal with what the interface does after a user touches it. For example, they decide how a menu should slide in, what transition effects to use, and how a button should fan out. When done well, motion becomes an integral part of the interface by providing visual clues as to how to use the product.

“Proficiency in graphic design, motion graphics, digital art, a sensitivity to typography and color, a general awareness of materials/textures, and a practical grasp of animation. Knowledge of iOS, OS X, Photoshop and Illustrator as well as familiarity with Director (or equivalent), Quartz Composer (or equivalent), 3D computer modeling, motion graphics are required.”

You might hear them say this in the wild:”The menu should ease-in from the left in 800ms.”

A UX researcher is the champion of a user’s needs. The goal of a researcher is to answer the twin questions of “Who are our users?” and “What do our users want?” Typically, this role entails interviewing users, researching market data, and gathering findings. Design is a process of constant iteration. Researchers may assist with this process by conducting A/B tests to tease out which design option best satisfies user needs. UX researchers are typically mainstays at large companies, where the access to a plethora of data gives them ample opportunity to draw statistically significant conclusions.

“Work closely with product teams to identify research topics. Design studies that address both user behavior and attitudes. Conduct research using a wide variety of qualitative methods and a subset of quantitative methods, such as surveys.”

You might hear them say this in the wild: “From our research, a typical user…”

Product designer is a catch-all term used to describe a designer who is generally involved in the creation of the look and feel of a product.

The role of a product designer isn’t well-defined and differs from one company to the next. A product designer may do minimal front-end coding, conduct user research, design interfaces, or create visual assets. From start to finish, a product designer helps identify the initial problem, sets benchmarks to address it, and then designs, tests, and iterates on different solutions. Some companies that want more fluid collaboration within the various design roles opt to have this title to encourage the whole design team to collectively own the user experience, user research, and visual design elements.

Some companies use “UX designer” or simply “designer” as a catch-all term. Reading the job description is the best way to figure out how the company’s design team divides the responsibilities.

“Own all facets of design: interaction, visual, product, prototyping. Create pixel-perfect mocks and code for new features across web and mobile.”

“I AM LOOKING FOR A DESIGNER”

This is the single most common phase I hear from new startups. What they are usually looking for is someone who can do everything described above. They want someone who can make pretty icons, create A/B tested landing sites, logically arrange UI elements on screen, and maybe even do some front-end development. Due to the broad sweeping scope of this role, we usually hear smaller companies asking to hire a “designer” rather than being specific in their needs.

The boundaries between each of these various design roles are very fluid. Some UX designers are also expected to do interaction design, and often UI designers are expected to push pixels as well. The best way to look for the right person is to describe what you expect the designer to do within your company’s process, and choose a title that best represents the primary task of that person.

UXservices is an international UX design and research company that provides consulting and trainings, organizes conferences and events, and publishes books and resources.